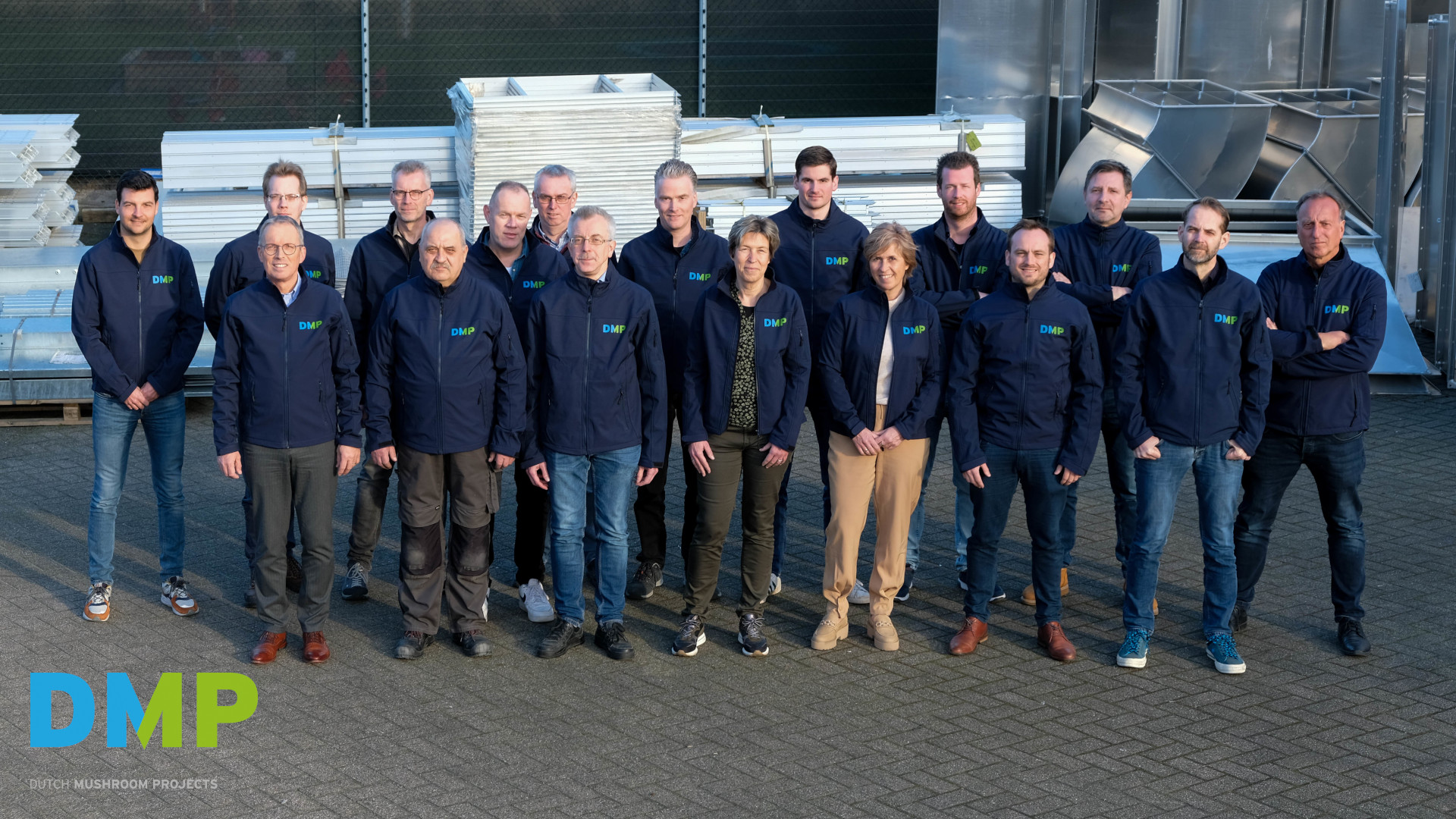 The company celebrated its anniversary in December 2021: it was founded in 1981.

Quite soon after it’s foundation, VECIAP developed its advanced mushroom and composting plant management computer, the Mushroom computer VEC. The vec computer name that most people in the industry know is not an abbreviation for VECIAP, it comes from three words: “VECIAP Expandable Computer”, which means that the network of computers can be expanded and they will interact with each other.

In 1986, the owners decided to split. Entrepreneur Jan Dalsem acquired all the shares from VECIAP with help of Piet Theeuwen (1927-1994). During those years, Theeuwen owned and ran a compost facility in Blitterswijk in Limburg province in the Netherlands. This company is currently known as WALKRO Compost Yard.

Since 1986, VECIAP has been renamed DALSEM-VECIAP after the new owner, and later changed its name to a more understandable name for the industry – Dalsem Mushroom Projects. The Dalsem family also had other major businesses and was not focused exclusively on the mushroom industry.

The next important person in the history of the company is Jan Berings. Jan has been with the company since 1984 with a short break in between. As an employee of VECIAP he was so successful that a few years after his departure, he was approached by the new owner Jan Dalsem with an offer to take the position of General Director of Dalsem Mushroom Projects. The proposal was accepted, and Jan Berings has consistently led the company for about 25 years. During these years, Dalsem Mushroom expanded their global customer base and became a well respected brand in the industry. Meanwhile Jan-Pieter Dalsem took over the Dalsem company from his father.

For the relatively young Eastern European mushroom market, the Dutch company Dalsem Mushroom Projects is associated primarily with Ron Hegger, the current director of the company. Ron took up the post of Managing Director of DMP in 2017, a few years before Jan Berings’ retirement. Prior to this, Ron worked in the field of advanced technology.

Dutch Mushroom Projects builds mushroom projects and supplies equipment all over the world, serving customers in the industry in Western, Eastern Europe, America, Asia. In addition to Holland has a factory in China.

By continuing to use the site, you agree to the use of cookies. More information